Hollywood and Highland is a shopping complex in Los Angeles that not only has the home of the Oscars – the Kodak Theatre – but a maze of so many stores, shops and places to eat (that don’t quite satisfy your hunger) that few people living in the city frequent it if it can at all be avoided.  It’s not that it’s particularly bad but it’s overdone, confusing, doesn’t have anything really necessary that you can’t get somewhere else and is a chore to navigate through and park.

I was there to see a matinee of the new Robert Redford film, “The Conspirator,” because I assigned my writing students to see the film, and didn’t get a chance to go to it this weekend, and consistently chastise my students when they complain about getting off their —-s and going out to movie theatres.  (And, being a period drama, it wasn’t playing anywhere else.  On that score, we’re lucky to even see it at a movie theatre and not straight to video).

Hollywood and Highland is still home to the revamped Mann’s (formerly Grauman’s) Chinese Theatre, part of a landmark that wasn’t at all confusing because it’s best known for housing the footprints and signatures of our most famous movie stars in dried cement.  Those cement blocks still exist, but in front of a façade adjacent to Hollywood and Highland.  The theatres themselves are three floors up (or more, who can count with so many subterranean and upstairs levels) from the main level inside the complex.  They still have the Chinese logo (hopefully that Chinese writing is not yet deemed offensive, but merely still borderline) but that’s about all of the vintage locale that remains.

As a visitor to L.A. in the seventies, and a transplanted Angelino since the eighties, Grauman’s (as we used to call it, the Chinese theatre) was one of my favorite places.  I mean, who didn’t want to dream of being a movie star (which you could do by literally standing in their footsteps) or feel a connection to the larger than life men and women immortalized in cement?  Even if you didn’t care, who doesn’t remember Lucy trying to steal John Wayne’s footprints and then getting her foot caught in a bucket of quick drying cement, only to then have to drag a new block of wet cement to the Duke’s dressing room and try to get him to unknowingly sign it.  Oh, you don’t remember that?  Well, trust me, it was funny.  And memorable… 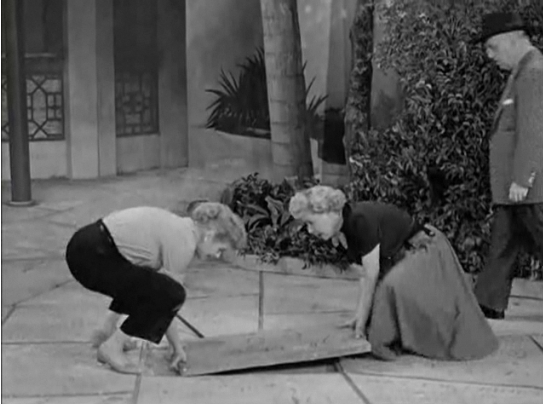 As for the movie theatres, in the eighties I can remember going first to an advertised sneak preview of “Ghost” at the Chinese and crying despite myself when Demi and Patrick connect again through Whoopi.  I can also recall seeing a screening of a god awful film called “Whispers in the Dark” where Alan Alda is (spoiler alert) exposed at the end as a homicidal killer chasing after someone with a knife on the beach.  Such is the life of movie theatres and I certainly don’t blame the quality of films on the proprietors of any particular movie palace.

What is upsetting is everything else about Theatre #1 at the Chinese these days.    The fact that through half the movie you could hear a blaring soundtrack of something else coming through the walls of the mall or another one the five other theatres in the now sixplex (the manager couldn’t quite determine which).  The fact that with dozens of places to buy refreshments nearby one is almost frisked at the door and told you can’t bring in food or drink from any other locales in the mall or even from home (I did get around this by pouring my hot tea I bought 100 feet away (I have a cold) into an empty cup I got from the concession stand but that’s me and I don’t recommend illegalities).  Add to all this, the fact that there wasn’t one movie in the coming attraction trailers anyone in our audience seemed excited about.  And the fact that the movie we saw wasn’t exciting at all and came from an indisputably talented director and film icon (Robert Redford) and a cast of terrific actors trying a little too hard to make each moment work. And the film had so many lighting tricks that one can’t help but be reminded every two minutes that this is a PERIOD film and that it is meant to be ARTISTIC.  And finally, the fact that there were, oh, about 8 people at the theatres.

My afternoon at the movies and at Hollywood and Highland made me consider just how complicated we try to make everything these days and how unnecessary or at least cumbersome and tedious it all is.  Do we really need endless levels of stores selling nothing of necessity in the center of Hollywood, New York or fill in the downtown center of your city.  (Do not tell me this is capitalism or I will surface through your computer and shoot you). Can’t a movie tell an uncomplicated story in a simple way and still resonate with a contemporary audience?  Or do we need endless bells and whistles?  Can’t a huge underground parking lot be fully open during the day and not littered with endless yellow cones providing you with even more endless arrows that detour you into oblivion?  Yes, I’m a somewhat smart guy but it still took me about 10-15 minutes to figure my way out of there.

WHY IS IT SO COMPLICATED?

Mind you, we’re not talking Mideast politics.  Or the economy.  Or the multi-layered machinations and brain cells that are needed to understand either or both.  We’re just talking about going to a movie and some hot tea.  Greater minds are writing about our two (or is it now three?) wars and our financial system.  I’m a teacher and a screenwriter so I can only speak with authority on getting about town to see a film, and yes, I know how bitter and shallow that sounds (especially since I live in Los Angeles).

Of course, we all know it’s not just movies or the mall. Can you call a company and get a real person, or the person you want to talk to, on the phone without playing a tag team relay race?  Lately I’ve even been detecting a slight annoyance when you call someone on the phone during a business day.  Wouldn’t an email or a text suffice?  Why be so intrusive, I hear them thinking.

Call me Methuselah (the world’s oldest man) but I sometimes like to make direct contact in a simple, straightforward way.  I like my gadgets and the ease of the computer but I also want to feel like I’m driving occasionally.  Not driven to distraction by too many neon lights on my screen or in the mall stores I have no desire to patronize.   Now I really may sound old, which, perhaps (perhaps?) I am, but with age comes wisdom so hear me out. 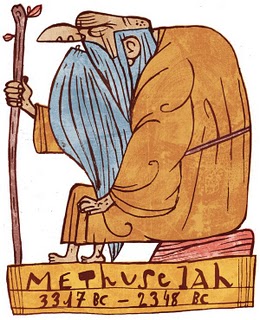 My dear friend Neil (who is a very talented and famous production designer) and I see it as the plain white shirt argument.  You go out somewhere and someone compliments you not on the shirt, pants, jacket or dress (the latter if you’re female or transgender or transsexual) you’re wearing . Instead, they crave the classic white shirt (or fill in the blank of another classic item) that you bought 10 years ago and now is no longer available – anywhere.   Because, well, they don’t make them anymore.

But can’t I have something plain?

Can’t I have something without the color stitching?

The collar is so big, it looks funny.

Why is this collar so small?

Do I have to have pleats in the back?

A: Oversize.  One size fits all.  Alteration.

The cuffs have all this stuff on it.

But I can’t I just have a plain white shirt.

Can you recommend any place that does?