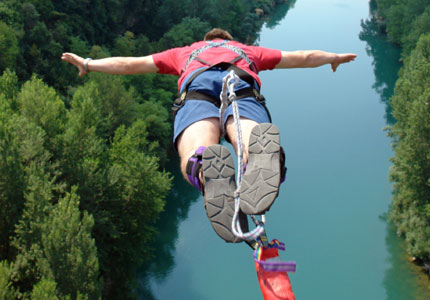 It’s tough to get out of bed and start one’s daily journey into social networking “heck” when only yesterday morning your chosen media platform informed you that “live-able” traces of radiation were found in air particles worldwide, and that it might not be wise to eat sushi or tuna fish unless you could verify that the piscine you were devouring never swam anywhere near a nuclear power plant in their lifetimes.  And even then, how would you know for sure if either the fish or its captor weren’t lying?

I have some friends who are rabid vegetarians.  And though I stopped eating red meat long ago (except when it’s the only item on a plate at a seated dinner party (as it was last weekend) and I couldn’t bring myself to finish it), I can’t quite do the whole vegan full monty at mealtime.  First, I’m allergic to nuts and have gotten really sick at more than one vegan cardboard food eatery (and not just from the smell!).   Second, one of my best vegan friends used to chastise me relentlessly 15 years ago when he insisted on serving roast pork (a food which even now makes me physically nauseous) at dinner parties and when I tried to discreetly refuse to eat it was met with his consistent utter disdain.  Yes –  Revenge runs in my family, my astrological sign is Scorpio and I have trouble moving on even when I’ve made my point ad nausea (which should be thoroughly apparent to you if you’re a frequent or even infrequent reader of this blog).

What does energize me to get up when my sinuses are begging me to stay down is seeing other people’s passion or commitment to a task (despite the obvious likelihood of their failure).  It’s always been that way and I really can’t explain it.  Maybe it’s catching  — like radiation poisoning but in a good way.  Perhaps it was a bit too rare in my neighborhood in Queens where people didn’t think about existential states of being but rather having lox on a Sunday or Chinese food on a Sunday nite. More likely, it’s growing up as the son of a gambler with a natural aversion to take on tasks where the odds were clearly stacked against me/us.

Except – that’s all I’ve ever done in my life.

I entered journalism when all people ever said was I’d never start on anything but a small town newspaper; and the screenwriting sweepstakes when the first agent I ever met with sneered at my script and jeeringly told me my dialogue was too off-Broadway (I still can’t figure out if that was an insult).  These days, I continue to like “La Vida Loca” through all the Ricky Martin backlash.  And I don’t hesitate to say I’m a liberal, liberal, liberal, liberal, liberal, liberal in an age where it’s not cool to be labeled politically but ultra-chic to be labeled for your sexual practices, ethnicity or latest social networking proclivity (I’m not yet a Twitterer but I fear it’s right there over the horizon).  Those over 35 who doubt me should remember the day when you VOWED you would never be one of those people who had nothing better to do than natter on your cell phone.  Those under 35 (or even over) could pretend you’ve never watched and enjoyed reality television and then hit the playback of some conversation you had with your best friend, family or classmate years before about how lame “Fear Factor” or “The Real World” was.

Since I depend partly on other people’s passions to spark some of my own, it is conversely true that lack of passion and half-heartedness bugs the living crap out of me.  Though I try very hard and don’t roll my eyes or sigh audibly as I once did, there is something personally enraging about watching someone not put any effort in (students beware) or purposely/carelessly do something in a half-assed way because they can (eg – the people my landlord has remodeling our duplex).

That makes it especially difficult to live in the nuances of today’s world.  We are in a “limited military engagement” in Libya and not a war – which seems to be a good thing on the surface until one considers its contradicts everything we all know about the effort it takes to win.  We also know passion projects in film and television are the ones particularly impossible to get made these days yet it is on record for everyone working in the fields of entertainment (and at the major studios) that most of the best and most POPULAR (yes, that means financial success) pieces in television and movies grew out of one person’s (or group of people’s) passion, commitment, drive and determination to get a story told.  And if they don’t know that, it’s because they’re not passionate themselves and are living a half-assed life.  Because it’s my blog and, once again, I set the rules.

Let’s not even go through Spielberg and Lucas and the childhood passions they were determined to bring onscreen.  Or Francis Coppola’s unique ability to inject themes of family he held so closely to a work like “The Godfather.”  Or Norman Lear essentially basing  “All in the Family”’s famed Archie Bunker on his own father and their turbulent relationship growing up.  Or did I just mention them all.

Dedication.  Personal passion. Commitment.  And I’ve left out all of the other arts.  And haven’t even gotten into sports, Oprah or the latest Ricky Martin record even though I could make a convincing case for each.  (I can’t make a case for Disney just signing beautiful actress Jennifer Garner to play a revamped version of Agatha Christie’s 80 year old British Sleuth Miss Marple for the start of a new tent pole series of films – though I have no doubt she will give her all as an actress if it does get made because she’s known for doing that sort of thing.  So there still is half a case to be made about that).

It’s important to care and do your best work because you don’t know where it will lead or whom it will inspire.  But mostly because it’s too easy to live in a world where it seems those who are immoral and lazy will get ahead.  And if we’re to have any future as an admirable society it is our collective obligation to prove that theory wrong.

I was in a bit of a passion rut last week until I was obligated to attend a fundraiser my students were having to raise money for autism.  It was on a Sunday and, truth be told, I was tired, cranky, hadn’t slept well the previous night because my nightmarish landlord is still remodeling, and generally was annoyed that a screenplay I worked very hard on for a producer which I deemed more than admirably now seems to be perpetually stalled.

Who wanted to see a talent lineup of non-famous students and their friends that included: an opera singer; a Shakespearean monologue from a budding actor; a reading of a short story; at least three young original singer-songwriters playing their own material; an a cappella male vocalist doing “Sounds of Silence;” four unknown comedians; one comedian/singer/You Tuber; an improv group with four members, and maybe even a partridge in a pear tree for all I knew.  It was so much easier to stay home, play Scrabble on my iPad, make fun of Charlie Sheen myself and be politically outraged on Facebook.

But being committed to at least following through on my commitment (out of guilt, not any sense of my own nobility, I promise), I forced myself out of my house.  And guess what?  It was pretty fabulous.  I mean, like – really, really.  Even the reading of the short story (who likes readings?).  The incredible soaring notes of the opera singer, the stand-ups, and improv group.  And on and on.  I’m not saying this because many (but not all) of them were my students and could be reading this.  I actually, truly, passionately mean it.

Why do they take the time and energy to hone their crafts when they all have day jobs and almost never get paid (yet) for their creative endeavors? Passion.  Commitment.  Dedication.  What they’re doing is coming from a real place.  And yes, they are all of the things I just mentioned and more.  Most won’t “make it” commercially but some will.  Which ones – I have no freakin’ idea because long ago I’ve given up that guesswork.  But even those that don’t might inspire someone who will and get out a message that might not have gotten out in the world unless perhaps that particular messenger heard that said person perform.  And that, in itself, is something.

Because it makes me (us?) get out of bed each day no matter how bad my sinuses are.  Or consider becoming vegan if my nut allergy is cured – or perhaps even before.  I’m not sure it’s an antidote to radiation or world peace, but at least it’s a start on the road to —- ?

And now, for some inspiration…

2 thoughts on “Ya Oughta Be Committed!”